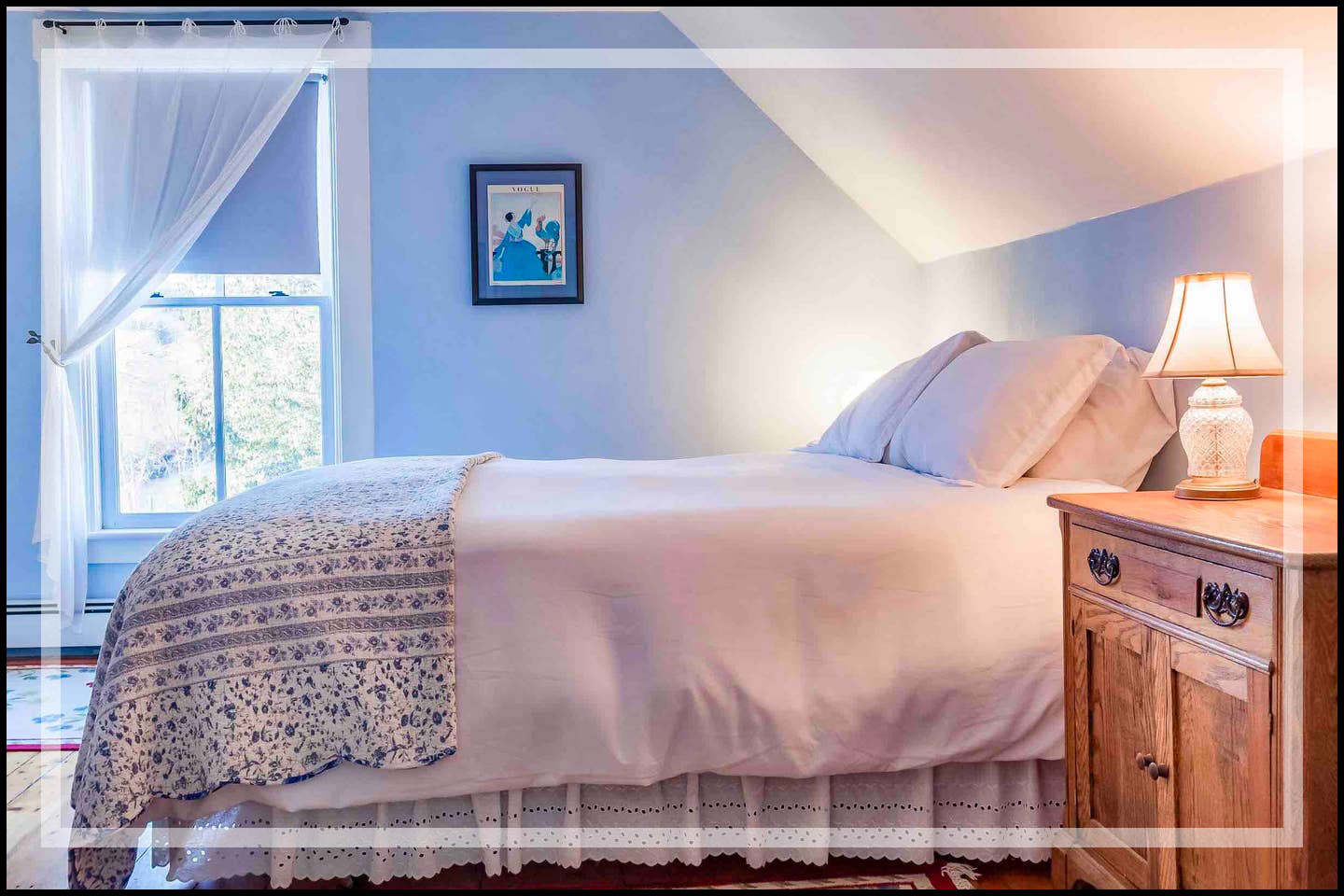 The Riverview guest room is a soothing, second floor room decorated in shades of blue, and has a writing desk for capturing your vacation thoughts in your journal. Wake up in the morning and take a minute to look out at the river. If you are lucky, you might even catch a glimpse of our resident ground hog in the grassy field near the barn.

The Ottauquechee River (pronounced AWT-ah-KWEE-chee) is a 41.4-mile-long (66.6 km) river in eastern Vermont.  It is a tributary of the Connecticut River, which flows to Long Island Sound.  The river rises in the Green Mountains in eastern Rutland County in the town of Killington, and flows generally eastward into Windsor County, where it passes through or along the boundaries of the towns of of  Bridgewater, Pomfret, Hartford and Hartland; and the villages of Woodstock and Quechee. It joins the Connecticut River in the town of Hartland, about 4 miles (6 km) south-southwest of White River Junction.